What is Poker Texas Holdem? 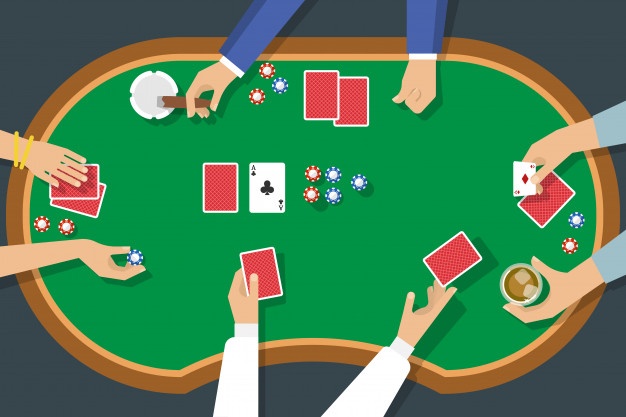 It’s impossible to get into playing poker, both casually and professionally, without ever having to know what Texas Holdem is. If you live under a rock, this is the article that will tell you exactly what you have been missing out on. Here’s a brief introduction to what Poker Texas Holdem is.

The game of Texas Holdem, sometimes called Holdem poker or Texas poker, or simply poker is a card game that originated in the United States, though it is now played all over the world.

Texas Holdem was said to be invented in Robstown, Texas (you’ve guessed it), in the early 1900s. This version of poker classic is called Texas Holdem, and many poker players still refer to this type of poker as Holdem poker. The basic idea of the game of Texas Holdem is mostly the same as the other varieties of poker.

The game quickly became widespread across the many popular casinos such as the Golden Nugget, Stardust, and Dunes. Its popularity had reached its peak during the 2000s with so many exposures on television, radio, as well as literature.

During this year it has been notably the surge of internet use and it had boosted its popularity even further. It even managed to dethrone the most common household poker game at the time, seven-card stud.

Is Texas Holdem and poker the same?

They will walk away with all of the money in the pot minus any bets that were made on their hand. You may have noticed that this version of Texas Holdem is much different from a normal poker casino, and the reason is due to the fact that with this version you cannot bet more than four chips on any single hand.

When you are playing Texas Holdem, your goal is to either win the pot or walk away with nothing. You can do both of these things, but it is much more common for the other option to be the case.

Poker, whether it is online poker or not, is often referred to as a game of chance because you cannot rely on luck to help you win. You must rely on skill, knowledge, and strategy. Some players try to look for free online poker so they can practice.

If you are interested in learning the key points on how to play Poker Texas Holdem, here are the quick rundown of what you need to know.

·       Each player at the table is given two cards that are for their eyes only.

·       The dealer spreads five cards called the community cards by the end of the game starting with three, then adds another, then one last card. These cards are most commonly referred to as community cards which can be used by all players to complete their best hand.

·       Before each round or a new card(s) is flipped open, players take turns to place a wager. Players need to put the same amount of chips that each other placed in the pot to stay in the hand.

One of the best poker tips you should remember when learning how to play Texas Holdem is that it is not just about having the best hand. It is also about having the worst hand that you can have and being able to beat your opponents with that hand.

A quick way to learn how to play Texas Holdem is to try the game for free. You should start by getting a little bit of experience with the different varieties of poker online before you actually get started playing Texas Holdem.

The good news is, it’s easier now to find free poker games than it was before. You’ll need to develop your own style and strategy before you can really win money with this type of poker.