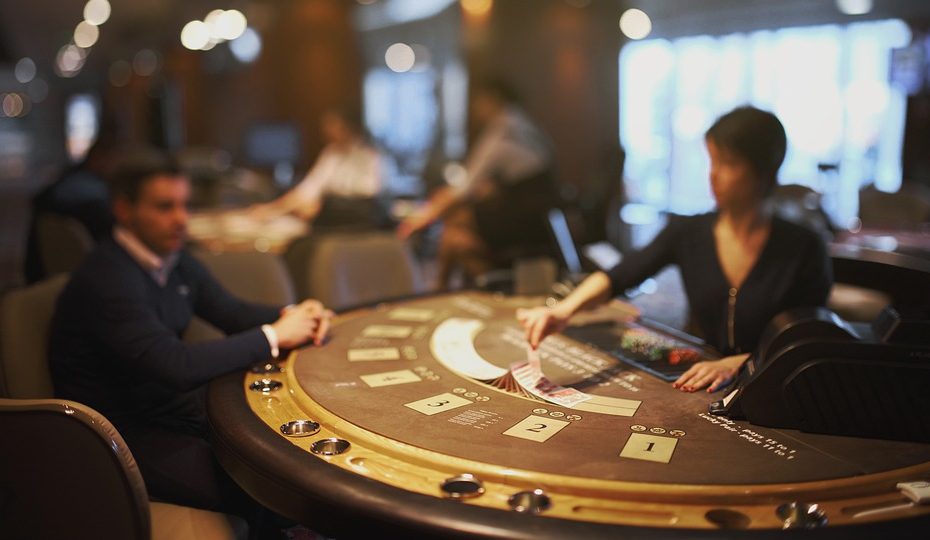 When you enter the live singapore casino for the first time, sometimes it is intimidating to see a lot of people playing table games and wondering how they can easily grasp the mechanics of the game.

Fortunately, your gambler pro friend has already given you a heads up and suggested that you must try to play slot machines first. He had given you that suggestion because he knew that slots are the easiest game in the casino floor and it is the ‘go-to game’ in casino gambling.

It is true that slots are probably the easiest and the most simple of ll gambling forms out there whether it is online or land-based casino. This is due to the fact the game relies solely on pure luck and the winning combinations are random.

You don’t have to be afraid of trying table games because they are fun and winning on table games are worth the try. Here are some of the popular table games in the casino.

Baccarat is a table game that has a rich european history. When the game finally reached the American soil, the game initially became a hit among the western patrons, however the popularity of baccarat in America dwindled down and the game nowadays played in more private parts of the casino.

The game found its new glory in the Asian markets and the game of baccarat became the most popular game in Asian casinos despite its Western origins. The popularity of baccarat grew that it became a staple game among Asian high rollers in Macau and other Asian casinos.

The reason why Asians love baccarat so much is because it is easy and exciting to play. Unlike any other table games, baccarat has one simple rule, you have to gain a score closer to nine to win.

Roulette is another table game that is easy and pleasurable to play in the casino. The spinning wheel on the center of the table has numbers on it that are placed next to each other in a random manner.

Before the game starts, the players are asked by the dealer to place their bets on the betting grid. Once the bets are confirmed and secured, the dealer will start to spin the wheel and the players will watch where the small ball will land in the wheel.

Craps are table games that utilize dice instead of cards or wheels. It is a fast-paced game where the players are given a chance to throw a set of dice and the combinations of the numbers on the landed dice are tallied to determine the winning bet.

Three card poker is a popular table game that allows you to control the outcome of the game. The game is much simpler and less complicated than the other variants of poker like the much more popular Texas Hold’em Poker. The game also has greater odds that makes it one of the exciting games at the casino.

Originally named ‘twenty one’, this game has its roots in Medieval France. The modern iteration became popular in the United States and rebranded the game as ‘blackjack’.

The game is very simple, the dealer deals the player with two face cards from the decks of cards and the daler also takes two face up cards and one extra face down card. The first one who made a hand that is closer to 21 is proclaimed the winner.

Table games shouldn’t be intimidating, all you have to do is find the right one for you before you try yourself with more complicated games. These games are a good start to test and practice your skills and hopefully, you will become a pro in the future.