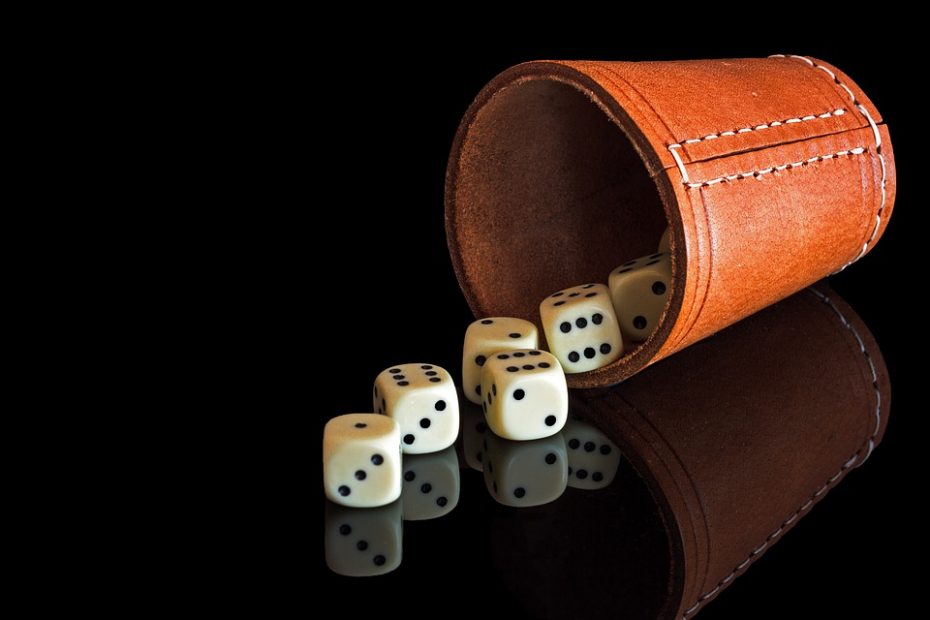 For many years, dice games have accumulated fans in casinos all over the world. The humble dice, which is shaped like a cube and consists of six sides, originated in Ancient China in 600 B.C. Even though the original purpose of dice is for fortune-telling, the object became an essential in many board games including gambling games.

When it comes to gambling games involving dice, we are already accustomed with the game of craps which is already popular in most casinos worldwide. However, there are many dice games out there that are available in both online and land-based casinos.

In this blog, we will tackle the five different dice games that probably you didn’t know and we will explain them to you. Dice games such as Hazard, Chuck-A-Luck, Banka Francesca, and Sic Bo are the games we’ll be concentrating on, aside from Craps. Since these games can be daunting to beginners, many newcomers will simply walk past them.

One explanation for this phenomenon is that these games are really fast-paced, providing a hundred varying betting options, and the players at the table typically yelling out loud with jargons that you wouldn’t understand at first. It is understandable if you play it for the first time and experienced the aforementioned situation.

Craps is probably the most popular dice game in casino Singapore. The origin of craps is still a mystery yet to be solved, there are no historical records about the exact date or person who invented it. Some experts however believed that the game is based on both the classic English game Hazard and the French game Crabes.

In the 18th century, a man from New Orleans, Louisiana named Bernard Phillipe was the one who brought the game to the city. Bernard’s version was not accepted by many because it posed many problems so a man named John Winn in the 1900s created another version which is much more like the one we know of today.

The game was originally named Crapaud, it is a French word that means ‘toad’, since the game’s originality came from people who would play it on the streets while crouched over a normal floor or sidewalk, like a toad.

The street version of the craps are usually played against a wall or curb but they can also be played without one. Simply, the game is typically played with a pair of dice and the players place their wagers on the outcome of a single or a series of rolls. Aside from playing against the house, the players can also compete against each other, and it is a game with some of the best odds in the casino.

Hazard is a simple dice game that has an Arabic origin and it has been played in England for decades in the 14th century. Although some experts believed that the game already existed much earlier dating back from the 12th to 13th century. The game did not gain widespread popularity until the 17th and 18th centuries when it was exported to France and the United States.

Chuck-A-Luck is a casino dice game that was perceived as originated from Australia. In the game, the dice is rolled inside a chuck cage that is shaped like an hourglass. The dice which has six sides are numbered 1 to 6 where you can place your bet on.

This game is similar to Crown and Anchor, a game used by the British military during World War I. The only difference was that instead of numbers, the dice were labeled with symbols.

Banka Francesca is a dice game played on a table with three dice. It is often found in Portuguese casinos. The game resembles Baccarat and has a large house advantage.

Sic bo is a traditional Singapore online casino dice game played with three dice on a table where players place their wagers. The name means “dice pair” in Chinese. The game didn’t make its way to live casinos in the United States and Europe until the 1980s.