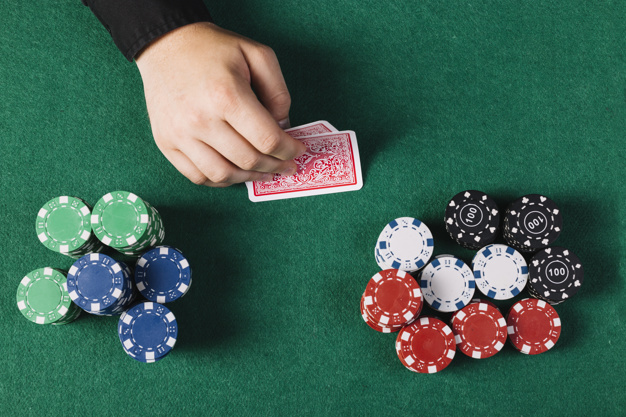 Baccarat is probably the most enigmatic game in the casino, with its private rooms and velvet curtains it is certainly not made for most people. The game has been associated with the elite, as before the game of baccarat is mostly offered to high rollers in special tables and velvet seats.

The game was introduced in the James Bond films as a glamorous game and right on then the game became associated with the elite. Today, it comes a long way from its elitist status into one of the best games in the casino and can be played no matter what your social status.

Most people think that baccarat is a game based on skill and the misconceptions have been tremendous. However, the truth is baccarat is purely based on chance contrary to the popular belief. Today, we will discuss the pieces of evidence that made baccarat a game of chance, not a strategy game.

The Origin of the Misconception

There was an article in The New York Times in 2012 that said “Baccarat is equal parts skill and chance.” Most people picked up this claim because it was published in a well-known publication but the source has got it wrong.

Another misconception is based on how the game was portrayed in James Bond movies and other media. In the Bond movies, we all know that James Bond plays baccarat a lot, because he is a secret agent. We assumed that his skill set includes strategy in baccarat.

Gamblers in America or Europe think that baccarat is based on skill but in Asia, they have a pretty accurate description of the online gambling game.

When baccarat has made its way into the East, it has become an instantaneous hit. Baccarat has won the hearts of Asian gamblers because they understood that the game is based on luck. Asians are very superstitious people and it reflects in all aspects of their lives and culture.

Asians believe that supernatural forces are governing every minutia of our decisions. These forces seem to decide whether something is auspicious or not, that is what the Asian’s believe.
Asian gamblers perceived that once they play in the casino of Macau, there is nothing they can do to control the game because luck plays out. So to lure luck on their side, they engage in superstitious rituals like poking holes on the cards and bending them.

Even though Asians are dedicated to proving that luck exists as a force that predetermines everything, Asians still misunderstood the definition of luck itself.

Simply put, luck is not a force that presides over outcomes and can be influenced by choosing to act a certain personal action but rather a random event resulting from chance that has nothing to do with shaping a positive or negative outcome.

Luck is pure randomness and cannot be controlled or persuaded.

Baccarat is perceived to require a certain skill to win the game. The truth is, once you place your bet and the cards are dealt there is nothing you can do.

Baccarat is random and you cannot control the outcome in your favor, however, you can choose a bet that is much better than others. You can place your bet on the banker bet which has a low house edge.

The lower the house edge the more chances of winning. This means that you should never place your bet on a Tie because it has a high house edge where the online casino has more advantage than you.

As a final statement, we now all learned that baccarat is purely based on chance rather than based on skill or strategy that most people believe. Since you cannot control the outcome in a baccarat game, you can always bet on Banker to have more chances of winning.